”So Erik, When is the book coming out?”

The number one question that I got, and I got it from basically everyone I have ever met before, was ”When is the book coming out?”.

It was really nice to see that there was such an interest for the book.

The sad part is that the answer, at least in part, is: ”I don’t know”.

It is unfortunately late already. I was planning for a release in early 2014, and clearly that didn’t happen. I have only written about one third of the content. None of the chapters I have written has been edited, proofread, rewritten or even really finished.

There is a huge amount of work left.

In the summer and fall of 2013 I again ended up as a manager at Klarna with the responsibility to get ”Kred” or ”Klarna Online”, our (well Klarna’s) OLTP system, to survive the Christmas load. The system was in a slightly unstable state at the beginning, but the Kred Core team managed to get it stable, responsive and really performing well straight through the Christmas rush. Unfortunately this took all of my time and energy, and the book writing got put on hold.

Fortunately, this led me to finally take the step and resign.

The plan now is to take a week of vacation here in California, and then I will work full time on the book. If all goes well I should be able to finish most of the writing by early summer. Then perhaps I can get reviewer comments by the end of the summer and have a ”final” version ready by September or so.

From now on I will also try to keep you posted on the progress here on the blog. 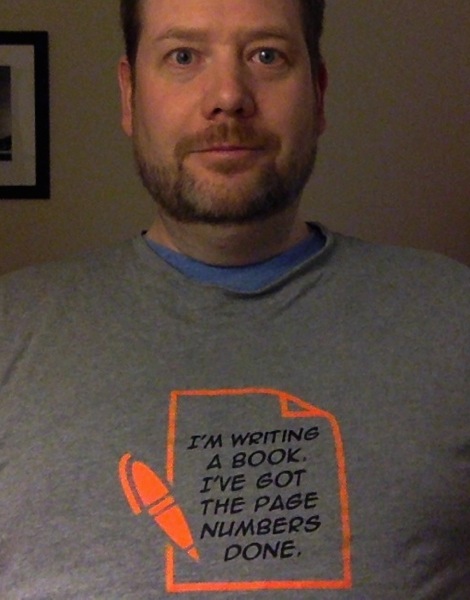 Since so many of the people I meet keep on asking me I thought I’d best make it official.

After working at Klarna for more than eight years I decided to try something new. So I resigned and started my own company HappiHacking. Tomorrow, Sunday March 9th, is formally my last day of employment.

Right now I am taking a vacation in California, and after that I will start working on the Erlang runtime system book.

And, no, I do not really know what I will do after that.

I am on my own now, and I can do what I want. This is both exciting and very scary at the same time.

Sorry, this post was neither funny nor very informative, it was just a public announcement I’ll try to do better next time.